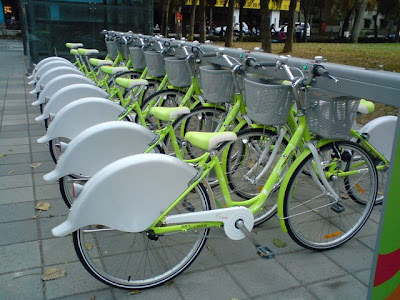 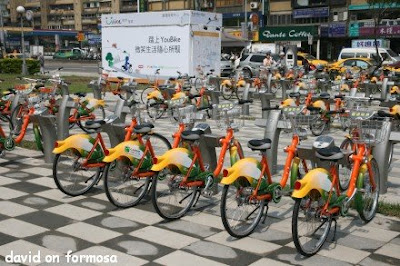 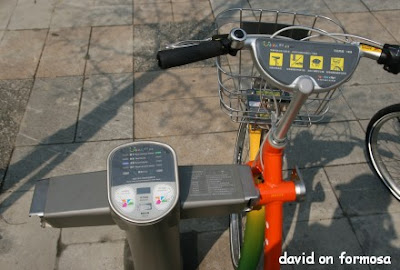 The bike-sharing program in Kaohsiung City is called "C-Bike".
The official website in English version is "http://www.c-bike.com.tw/eng/knowing.html".

There will probably be 500 bikes in the testing stage.

According to my understanding, Taipei U-bike is using the the card that you can use for Bus and Metro in Taipei... not credit card...

I've been using Taipei's ubike for a couple days and it is pretty amazing. It's true you need an IC-chip credit-card to register your easypass card, but you can also buy long-term passes for cash at the Ubike service center near City Hall MRT station starting in may.

Go and buy a bike, they're cheap!