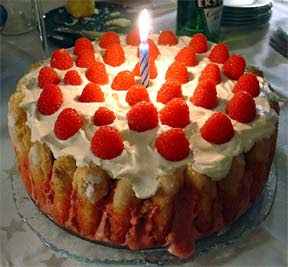 The Bicycle and the Drum

One purpose of The Bike-sharing Blog is to educate people about how bike-sharing works. With more folks who understand bike-sharing and its benefits, there become more advocates for it. Each advocate is another drum beating in unison. As the concept spreads throughout societies around the world, the number of advocates increases and the drums beat louder than before. Bike-sharing is an important piece of the puzzle which allows cities to correct the mistakes that have been made which focused intensely on creating environments that catered to the automobile and forgot the people living there.

Bike-sharing is also a movement. A movement rapidly developing and shaping our collective future. It's a movement away from four wheels towards that of two. It's about using Earth's limited resources more efficiently.

As the author of The Bike-sharing Blog and one of the concept's many proponents, I hope that this blog is helpful to you in learning about bike-sharing. Share the idea with people you know, so the drum will beat even louder.

Democrats and Republicans to Have Bike-sharing at Conventions

According to a press release from the Denver 2008 Convention Host Committee for the Democratic Party:

"Amid the buzz of national Bike to Work Week, the Denver 2008 Convention Host Committee, Humana Inc. and Bikes Belong took steps with - or better yet, pedaled - a new initiative today to encourage bike use as an alternative mode of transportation during the Democratic National Convention.

According to Pioneer Press regarding the Republican National Convention:

"Just in time for $4-a-gallon gasoline, that's the latest welcoming perk lined up on the red carpet for the Republican National Convention scheduled to hit St. Paul from Sept. 1-4.

"St. Paul Mayor Chris Coleman and Minneapolis Mayor R.T. Rybak announced Friday that 1,000 bikes will be stationed in the Twin Cities for use by visitors and anyone else looking for a free alternative to cars to get around during the convention.

"The effort is sponsored by the Humana Inc. health insurance company in conjunction with the Bikes Belong cycling advocacy group, which also plans to take 1,000 free bikes to Denver for the Democratic National Convention from Aug. 25-28.


"After convention-goers go home, the program, called Freewheelin, will leave 70 bikes in the Twin Cities, along with about 10 special bike racks as a seed for a permanent bike-sharing program in the community."

Way to go Humana and Bikes Belong. This is an outstanding idea to spread the concept of bike-sharing to individuals from around the U.S. With more bike-sharing proponents around the U.S., the greater the idea will spread and quicker the environment and public health will benefit.

The latest Velib' survey results are available and posted on the Velib' Website. Just in case you don't parlez Français, here's a summary:

These results are highly impressive. The stats that amazed me the most are the number of trips to date and the percentage of female users. As Velib' is not yet one year old, there are still about two months of trips still to be made which could equate to another 5 million trips, or a total of 25 million trips, before the anniversary of it's launch date of July 15.

Having nearly the same percentage of female and male customers shows how mainstream bike-sharing has become in Paris. In cities where lesser bike cultures exist, such as those in North America, males tend to dominate bike usage by 3 to 1. Women are less likely to ride a bike when concerned about their safety compared to men. Men also tend to be generally more risk-taking and will ride in less safe street conditions. While not 50/50, this male/female customer demographic shows that women are using Velib' confidently, so Paris has done a good job in creating safe bike facilities before the launch of the program. 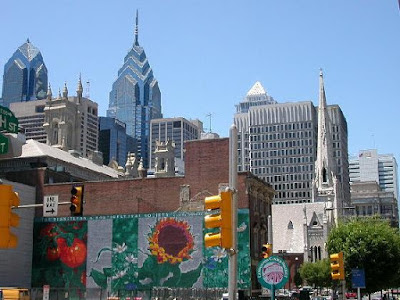 Yesterday the Philadelphia City Council held a public hearing to discuss the feasibility of a bike-sharing program. Philly.com reports:

"There was consensus in a City Council hearing yesterday that a shared-bicycle program in Philadelphia would help clear traffic congestion, reduce air pollution and improve the health of the people doing the pedaling.

"The question now: How to put such a program in place?

"One approach is to create a nonprofit agency to buy and service the bicycles and install racks across the city where they will be stored.

"That model has been used by PhillyCarShare, a nonprofit that allows members to use cars parked in designated spots.

"Another approach is to strike a deal with a company that services 'public furniture' - bus shelters, subway stations, public toilets and newsstands - to manage the bicycles program."

There's a great 1-minute video from JCDecaux on the development, construction, and implementation of Velib' here.

A brief update on D.C.'s program: 7 of the 10 stations are constructed. The goal is to launch later this month as soon as the remainder of the stations are up and on-line. Can't wait. (I spoke recently with New Hampshire Public Radio about D.C.'s upcoming program.)