HAPPY HOLIDAYS AND BEST WISHES FOR THE NEW YEAR


Much has happened in the world of bike-sharing recently. Here's a rundown of the news:
ASIA:
China: 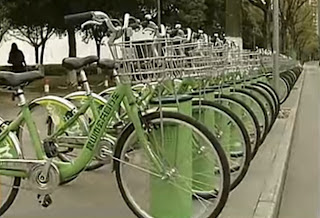 Just west of Shanghai, China is the prosperous city of Kunshan. At the end of August of this year, the city launched its automated bike-sharing program, Kunshan Public Bicycle, with 3,000 bikes in 150 stations. At the beginning of this month, according to Kunshan News the system is reporting phenomenal usage figures. There are 79,000 subscribers, or card holders, with bikes being using on average over 16.6 times a day. The highest one day usage was 60,000 trips. This makes Kunshan Public Bicycle, the most active system in China and the World! 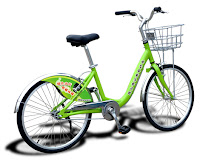 What contributes to the kind of huge usage? There are many factors. Firstly, there is a very low subscription price in the form of a deposit and the simplicity of paying overage charges, after the initial free first hour, are subtracted from the subscribers "added value card".  Secondly, there is incredible ease-of-use of the system. Mobile telephones can be used in place of the subscription cards to swipe at the individual docks to unlock the bikes. There are no numbers to compose or need to have a card at hand.

Then, there is a certain bicycle ethos with the population of Kunshan. It is the city where Shimano, one of the world's largest bicycle component manufactures has its China factory. Also you can be sure, there is no mandatory bicycle helmet law in Kunshan to stand in the way of serendipitous usage! 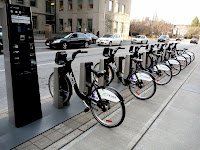 The first two weeks of December finds many of the larger bike-sharing systems in the northern part of North America pulling up stakes and going into hibernation for the winter, however, Toronto bIXI is an exception. Keeping the system open through January, February and March 2012, Canada will remain a bike-sharing nation in the winter. They will show that they can roll with a chill in the air. 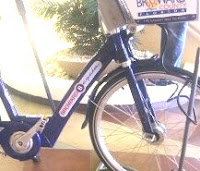 
The state of Florida will start its second major bike-sharing system with Broward B-cycle on December 14. If you are sunning yourself on the beaches of Ft. Lauderdale, Pompano Beach, or Hollywood (the other one), you will have three opportunities to join the opening celebrations, see these times and locations. There will be around 20 stations and 202 bikes in the eastern part of the county to start and more coming in 2012. Also, if you subscribe to the system before the end of this year, you can get $10.00 off the $45 annual subscription price by using this special code (BCYCLE2011). 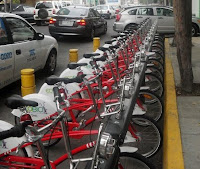 Ecobici is a few months shy of its second birthday and is reporting increased usage numbers. According to lainformacion, Ecobici's 30,000 subscribers have taken over 3,000,000 trips as of the beginning of this month, compared to a total of 2 million last year. With daily usage now around 8 trips per bike, it is not the same as Kunshan, but it is very respectable.


EUROPE:
Germany:
As with most of the Scandinavian bike-sharing systems and some in North America, many of Germany's Call A Bike systems will also go into hibernation for the winter months this week. The larger systems of Hamburg, Berlin, and Stuttgart will remain open, but for those that close, there is the Winterpause Take It Home service. To help its subscribers who want to ride through the cold winter months, for €60 ($80 US) a bike-share bike can be rented and used as a personal bike until the system re-opens in April. I will gladly rent you one of my bikes for this amount during the winter as well! 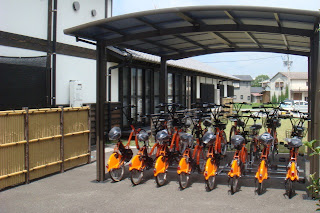 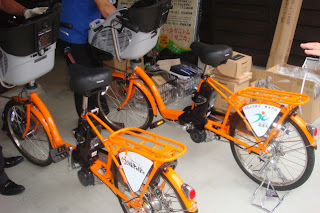