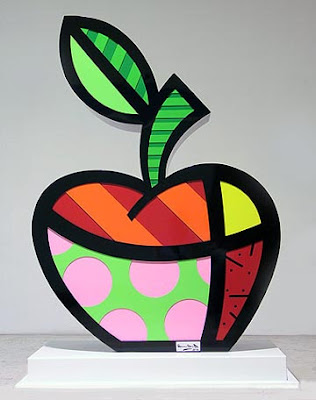 The Big Apple is hoping also to become the Big Bicycle with today's release of a Request for Expressions of Interest by the New York City Department of Transportation. New York is an ideal city for bike-sharing with its population density, flatness, climate, and transit infrastructure. Bike facilities in the city also are ever-improving and they are experimenting with the Ciclovia concept of weekend openings of major streets for bicycle and pedestrian use in August.

The New York City Department of Transportation (DOT) released this week a Request for Expressions of Interest (RFEI) to examine the possibility of creating a bike share program in New York City. If feasible and adopted, such a program would create a network of publicly accessible bicycles at minimal cost, and could provide an important transportation link at transit hubs and commercial and social areas - greatly increasing mobility citywide.

"New York is a world-class city for biking, and we are looking to build a world-class bike network," said DOT Commissioner Janette Sadik-Khan. "The number of bike commuters has increased 77% since 2000. We now have more than 300 miles of on-street bike lanes, more than 5,000 bike racks, and have distributed more than 15,000 bicycle helmets. Alongside this infrastructure investment, we continue to look for new ways to reach our goal of doubling the number of bicycle commuters."

The RFEI seeks expertise and information related to bike sharing programs from firms and other interested parties who would be able to implement such a program to serve both recreational and multi-modal transportation purposes. The RFEI notes that the most successful existing Bike Sharing Programs minimize the cost to bike share users and provide a sufficiently extensive network of stations to accommodate a wide range of potential short trips in the network's area of focus. However the agency remains open to receiving any new ideas and financing structures that would meet New York City's framework.

Bike-sharing programs elsewhere incorporate low-cost access to a bike network in an urban setting. Users either pay a per-use fee to access a bicycle at a bike station (normally, near a mass transit hub) or they hold an annual membership which allows them regular access to the public bicycles. Users are then able to return the bicycles to any station in the system. Common uses are for commuting, recreation, quick trips, and travel between transit stations, resulting in an overall reduction in the use of motor vehicles. The bicycles used in the program often include unique markings or coloring to distinguish them from privately-owned bicycles.

Respondents to the RFEI will be asked to provide detailed information on what they estimate the size of New York City's bike share market to be, as well as information on the scope of a feasible bike share program including ideas on station site selection, equipment, fee structures, technology and all related costs for both implementation and upkeep.

Only about 1% of commuter trips in New York City are made by bicycle, so as part of its strategic plan, Sustainable Streets, DOT intends to double that number by 2015 and triple it by 2020. Bike share programs exist in cities such as Paris, Copenhagen, Vancouver, Barcelona, Milan and other American cities such as Washington, D.C. have experimented with the bike share program.

For a copy of the RFEI, please visit the DOT website. The RFEI is not intended as a formal offering for the award of a contract or for participation in any future solicitation.