What Would You Pay? The Per Minute and Buffet Models of Pricing 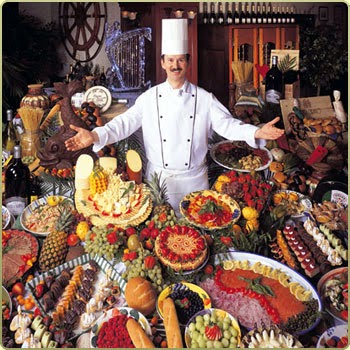 The last time you used transit, what was the cost of your trip? Did you pay for a single ride? Maybe you’re a frequent customer and your transit agency offers a week or month pass to save you money. So why is there a predominant pricing model for bike-share in many parts of the world that either charges mere cents per trip for the most frequent users and upwards of $7 USD for a day pass for a tourist or infrequent customer for the single trip they want to take? Isn't there something in between that's more reasonable for everyone?

A common pricing model throughout much of the world is a "buffet model" where an annual membership is available for $60 - $85 USD or a day membership for $5 - $10 USD, with unlimited trips under 30 or 45 minutes for both and usage fees starting only after you’ve reached this time limit. Once you've paid the membership fee, you can ride as much as you want within the included time period for no extra fee. So a daily commuter who paid $75 USD for an annual membership who uses the system twice a day for every workday (260 days per year) pays $0.14 USD per trip. This is ridiculously low and likely even lower than the cost of owning a bike. Obviously there's history about why this came to be.

First generation bike-sharing (White Bike) and 2nd generation (City Bike) systems were low-tech and had no charge to use them. When 3rd generation (automated) bike-sharing came about, the first service was in Rennes, France in 1998, called Vélo à la Carte. The service was operated by Clear Channel Adshel – an outdoor advertising company. Vélo à la Carte had no membership or usage fees, but a €23 EUR ($30 USD) deposit. The first large 3rd generation system was then Vélo’v in Lyon, France in 2005 and was launched by JCDecaux, a competitor of Clear Channel's. They started with a €5 EUR ($6.50 USD) annual membership, which increased to €15 EUR ($19 USD) and now have an annual membership fee of €25 EUR ($33 USD) with the first 30 minutes of each trip at no extra charge. Thus the "buffet" pricing model was born with all you can eat, or ride, under 30 minutes once you pay your membership fee. In response to a Bike-sharing Blog inquiry, a representative from JCDecaux said that this pricing model was created to incentivize very short trips by bike. It has done this quite successfully. Paris, which is also operated by JCDecaux, followed suit in 2007 with the same pricing model.

Germany took a different route with Call a Bike using a "per minute" pricing model. With this model, the more one uses the service, the more one pays for their usage. This per minute model is in direct contrast to the buffet model where the service gets cheaper the more you use it. Call a Bike started off as a private company in Germany around 1998 and was eventually purchased by Deutsche Bahn, the German national rail company. They have stuck with the per minute model to date, except for Hamburg, Berlin, and Stuttgart which have the buffet model. Deutsche Bahn obviously had a different perspective on recovering the costs of their bike-share systems, coming from a transit background.

Third generation bike-sharing was finally brought to the New World in 2008 with SmartBike D.C. in Washington, D.C., USA and operated by the same company that did Rennes' service -- Clear Channel. It cost $40 USD per year with free trips under 2 hours. Then in 2009, Bixi launched in Montreal, Canada, however, it was not funded by an outdoor advertising company, but rather by a city agency -- Stationnement de Montréal. They chose to use the buffet model, which was now the prominent model, but had to raise the price to pay for the capital and operating costs of the system. So goodbye to the €29 EUR ($37 USD) annual membership of Vélib' and hello to the doubled $75 CAD ($68 USD) annual membership.

With more and more systems now being owned by municipalities and non-profits, it seems like we could have a tragedy of the commons with the overuse of this public good because the pricing model encourages overuse in the buffet model systems. I'm not suggesting that the buffet model is bad. Rather, it is a model that works for specific goals, such as incentivizing short trips by making it dirt cheap for frequent customers. It works best for municipalities that want to encourage the number of trips, jump start a bike culture, and where paying for the system can be supported in large part by an outdoor advertising contract. For systems that don't rely on this funding source, in order to fully cover operating costs, the per minute model better captures the value of the system for customers by making the heavy users of a system pay for their greater wear and tear on the system. This should also lower the cost for infrequent customers, likely encouraging them to use the system more. (I'm not an economist, but I play one on TV.)
Since 2009, almost every new system in North America, and a good deal of those in Europe, point to the other popular systems before them that use the buffet model and feel that they must as well. How could Lyon, Paris, Barcelona, D.C., Boston, and New York all be wrong?

It's time to innovate with pricing models to both encourage more trips by more people, remove the financial barrier that high-priced memberships have created for lower income customers, and better assist bike-share systems pay for themselves. Bike-share is transit, so it also needs to be priced like transit. There should be a single trip price that is equivalent, or slightly lower, than the price of a single trip on the local transit system. It's time to innovate!

This is a really interesting article (thanks @sharrowsDC). A friend of mine specifically complained as a visitor to DC that he was deciding between bikeshare and transit and didn't feel it was fair that he would have to pay $7 for one ride on a bike, vs. $1.75 for a bus. The penalization of single use riders and short-term riders (1-7 day) should really be addressed if possible.

You identify one of the reasons I would suggest for the success of the buffet model: encouraging trips. In cities where cycling infrastructure is being developed, you simply want to maximize total system usage and are willing to subsidize that to a certain extent. When I am making a transit decision, having "sunk" the cost of my membership for the year, the cost is removed from the equation and I treat bikeshare as "free" (even though I've paid to use it). Thus my decision tips towards bikeshare more often than not.

I also use bikeshare as a quick connector for very short (sub-5-minute) rides that would be discouraged by a pay-per-minute system...maybe rightly so? Putting bikeshare in the same category as Car2Go (initiation fee + pay per minute with max rate per hour) might encourage use by casual riders but feels to me like it would discourage use overall

Aaron, I agree. However, we need not an either/or model. What if regular customers could still have a buffet model and irregular customers a per trip model? This would be the best of both worlds, in my opinion.

Interesting article -- just found it via the nacto bikeshare email list. I agree that we should be more strategic regarding the pricing of bikeshare, but I'm not sure if the single flat fare model is the right direction. Moreover, I wouldn't call the flat-fare model innovative. It's the oldest transit fare model in the U.S. (ye olde $0.05 fare), and it only worked well at the beginning of the century when transit service was heavily subsidized by amusement parks, real estate developers, and a small handful of municipalities. For most public agencies, the flat fare has probably led to more problems than answers.