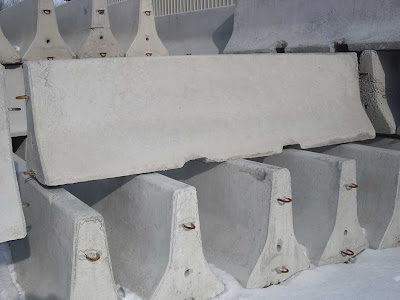 A major barrier to the financial sustainability and growth of bike-share services is how we price it. The predominant method of on-going funding of bike-share services in North America is through membership and usage fees. As the program manager for Arlington, Virginia's portion of Capital Bikeshare I see in the monthly financial reports which show that membership fees are the bulk of this revenue with usage fees being a minor amount. The warmer months can pay for themselves, but the colder months do not, which ensures this 62-station portion of the service has covered about 60% of its operating costs during the most recent fiscal year. While good for a transit service, why can't we do better for the long-run?

Pricing structures of bike-sharing services in North America and much of the world tend to provide the first 30 minutes of every trip for free with increasing fees for additional 30-minute periods. Many bike-share services allow for redocking of one's bike and a resetting of the clock for the same trip, but on a new 30-minute period. This is the equivalent of someone touching their toe onto the platform from the subway car while stopped at a station and not having to pay for the remainder of their trip. For bike-share this is great for increasing the number of trips, albeit by double-counting some trips, but it's bad for the bike-share transit agency which is trying to cover its operating costs like any other transit service and not getting enough help from the local, state, or Federal government.

The common bike-share pricing structure is odd as it's so different from other established modes of transit. Other modes tend to have either a fee per trip or a week/month pass with unlimited ridership. Annual transit passes are rare and from a quick unscientific Google search, seem to be offered mainly by universities and by transit agencies, however, directed to employers for their employees.

What we need to try out is a new model that would allow people to use the service without needing to "join" by paying a decent sum at the on-set. There may need to be a minor fee to obtain a fob or smartcard fare media to use the system, however, beyond that we should have in place a fee per trip for the first 30 - 60 minutes and charge a fee that is lower than, but relative to other modes of transit within the respective region. This fee, say $1.00 - $1.50, would be instead of the initial 30-minute free period. Extended rentals beyond the initial period still would be required to pay increasing fees based on trip duration. Changing pricing models after the public has become familiar with the existing model is risky, however, it could be introduced as a pilot and concurrently to our existing model to gain data on its uptake before any decision were to be made to either keep or scrap it.

The point of this change is to bring more people into the fold as bike-share customers by taking down the barriers to do so. I likely wouldn't take a bus at all if I had to pay a one time fee of $100 for an unlimited service that I presently only infrequently use. We need infrequent customers on bike-share, not just the daily commuters. There are about 2 million residents in the four jurisdictions that offer Capital Bikeshare, but only 23,000 of them are annual members. There's a lot of room to grow.

Other benefits of a fee per trip pricing structure are that low-income individuals and the unbanked could pay as they go in smaller amounts, rather than an initial lump sum which is less affordable. Bike-share agencies could retain individuals as customers who for change of home or work or other reasons, don't find themselves using bike-share as often and would otherwise drop their membership. Also, the customers who use the service the most would pay more under the fee per trip model, which is not a bad thing as they're putting the most wear and tear on the system.

The IRS recently determined in the U.S. that bike-share isn't transit and therefore won't extend a tax-free commuter benefit to employers who wish to give this benefit to their employees, as they can for other transit services. I've also heard rumors that the United States Dept. of Transportation (USDOT) also doesn't consider bike-share as transit partially because of this fee structure that we have in place. Getting dedicated USDOT funding to help with operating bike-share services -- as other transit modes have in the U.S. -- is not being offered by the Feds because of bike-share's perceived "un-transitness" that is a large part due to the existing pricing structure that is more similar to car-sharing, which indeed isn't transit. The pricing structure needs to be changed to improve the financial health of bike-share services, so we can grow the size and number of services and ensure funding exists to operate them now and well into the future.

Bike-share has provided a great boost in bike mode share to most likely all jurisdictions which have implemented it. A short-term boost is great, but to ensure bike-share is a permanent and viable infrastructure improvement to our cities, counties, and regions, we need to make sure that it's here to stay and not simply a blip in creativity from the roaring 2010s.
Posted by Paul DeMaio at 6:00 AM Labels: bike share, bike-share, bikeshare, IRS, USDOT

there's certainly potential for improvement, but not sure I agree with the direction you're headed.
assuming we agree that it is desirable to increase bike share usage, I don't think you should aim for getting users to pay more (and therefore use it less).
With bike sharing we have all this great data which offers new options: How about you have/put some advertisement on bikes and come up with a price structure that honors frequent users? Even better, for usage in crowded areas you provide users with more credits. Then you take that data to your advertisement client and show them how much placing their ad is really worth (i.e. real times in traffic etc.).

Another concept is that you price bikes by demand (i.e. biking uphill gives you credit, downhill costs more) - but this mainly resolve the issue keeping stations full, but should not lead to extra income.

Also, your data (plus user surveys?) should give you a better sense how to increase usage. Ultimtately, increased usage is the only way to make a strong case for government funding - along the same case as transit does (more or less successfully).