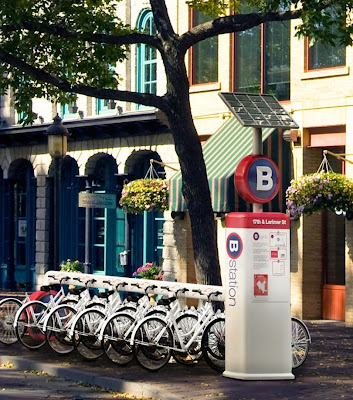 One might also hope that in the near future bike sharing will be coordinated with car sharing which has yet to come to Honolulu and is just as much needed as the planned rail system.

The key to the program will be placement of the racks. Think along the lines of high density corridors. Although Da Bus has a good grid, I know there are many people who would rather bike that 1-3 mile range than wait for Da Bus.

Just my opinion as a Honolulu walker, and Bus taker.