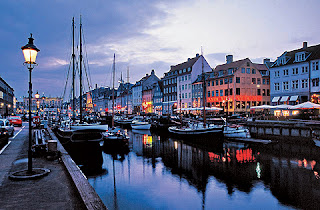 The Cities of and  as well as public transport operators Metroselskabet and DSB, have entered a collaboration on the development and establishment of a bike-sharing system. At a later stage, the system could be offered to other organizations, such as other cities, public entities, private enterprises, and the like.

The task of establishing, operating, and maintaining the bike-sharing-system will be EU-tendered in December 2011. In the beginning of October 2011 a tender notice will be published and the prequalification will start. In connection with the prequalification, an informational meeting for potential bidders will be held on October 4th to inform about the practical matters regarding the tender. The meeting will take place at DSB, Sølvgade 40B, from 4-6pm local time. Registration for the information meeting can be made no later than October 3rd at noon by sending an email to Kim Guldbrandsen at kgu@dsb.dk.

Their vision is to give citizens, customers of public transport, tourists, and visitors in the city the possibility of using a door-to-door public transport system, and not only between train or bus stations. This will be secured by connecting the existing public transportation system, which focuses on transportation of many people over long distances with high comfort and short travel times, with the high flexibility of a bike. This generates increased accessibility to business parks, residential, shopping, and other areas of interest, which today are rarely serviced by public transport or where the existing network does not offer an attractive service.