Auckland Looking for the Next Bike 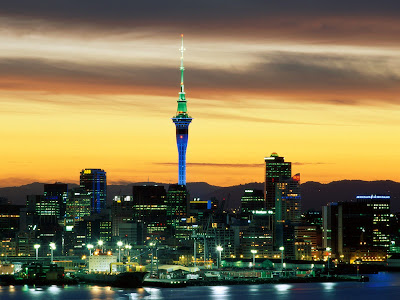 Auckland, New Zealand has a bike-sharing REOI -- government speak for Request for Expressions of Interest. According to the document:

The first Public Bike Hire scheme in Auckland was launched by Nextbikes in Auckland CBD in 2008. In 2010, the scheme expanded to include Devonport and Takapuna on the North Shore. At that time the scheme had 170 bikes on the street sharing public bike parking stands. The scheme ceased trading in early November 2010.

Auckland Transport was created on 1st November 2010 following governance changes in the Auckland region. It is a council controlled organisation responsible for transport provision and transport planning in Auckland (population 1.4 million). It has a strong policy mandate to promote and develop walking and cycling as part of an integrated transport strategy. The Auckland Regional Land Transport Strategy (RLTS) provides the strategic long term direction for transport, including cycling, in the city region.

Since the demise of the Nextbikes scheme, Auckland Council and Auckland Transport have each already considered proposals for, and adopted resolutions in support of further investigating a public bike hire scheme for Auckland.

There is no solid requirement for the number of bikes and stations, however, in the short-term the service must begin by their hosting of the World Rugby Cup. (Any guess on when this is so I can book my ticket?)

The closing date of the REOI is February 4. The REOI is linked here on The Bike-sharing Blog and may be accessed on the Auckland Transport site.