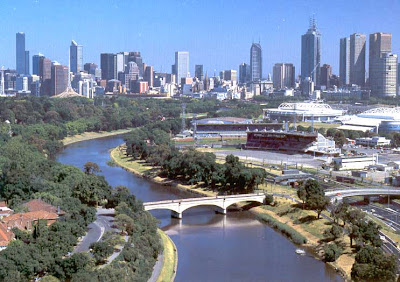 JCDecaux pulled out of bidding for Melbourne’s bike-sharing tender competition. Steve O’Connor of JCDecaux Australia says that the Melbourne plan for 600 bikes is too small and lacked commercial incentives according to Australia’s The Age. JCDecaux won the tender for Brisbane’s 2000 bike system and is currently installing the program there.
Posted by Paul DeMaio at 1:34 PM Labels: bike-sharing, Melbourne, Request for Tender, Victoria Department of Transport

How do they deal with the country's helmet law? Having to helmet-share would seem to be a big impediment to the success of this program. Who want's a helmet someone else wore?